Phobos attempts to capture as much data as is relevant automatically, without the need for explicit instrumentation code inside your Akka.NET applications and most importantly: Phobos is designed to automatically connect the dots between Akka.NET and other parts of your application, like HttpClient, ASP.NET, ADO.NET, and more.

To see exactly what data Phobos captures visit the "Akka.NET Scenarios" area of our tutorials.

Trace data in Phobos is generated automatically whenever an actor processes a message: 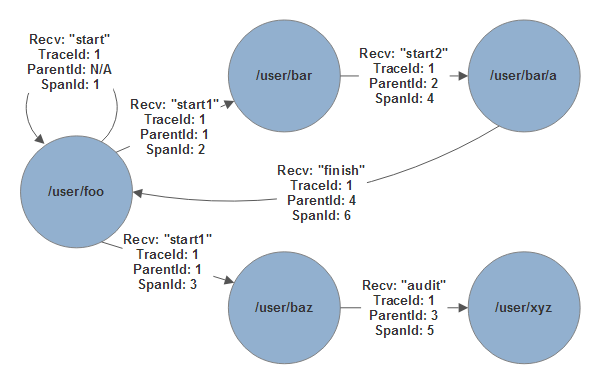 The trace stops when actors stop producing new messages in response to ones they've previously received. So the example above will produced a distributed trace that looks like this:

If I have the following actor from the Quickstart Tutorial:

And I see the actor a string message:

This will generate a trace called akka.actor.recv String in our tracing system, whether it's Jaeger, Application Insights, DataDog, or something else: 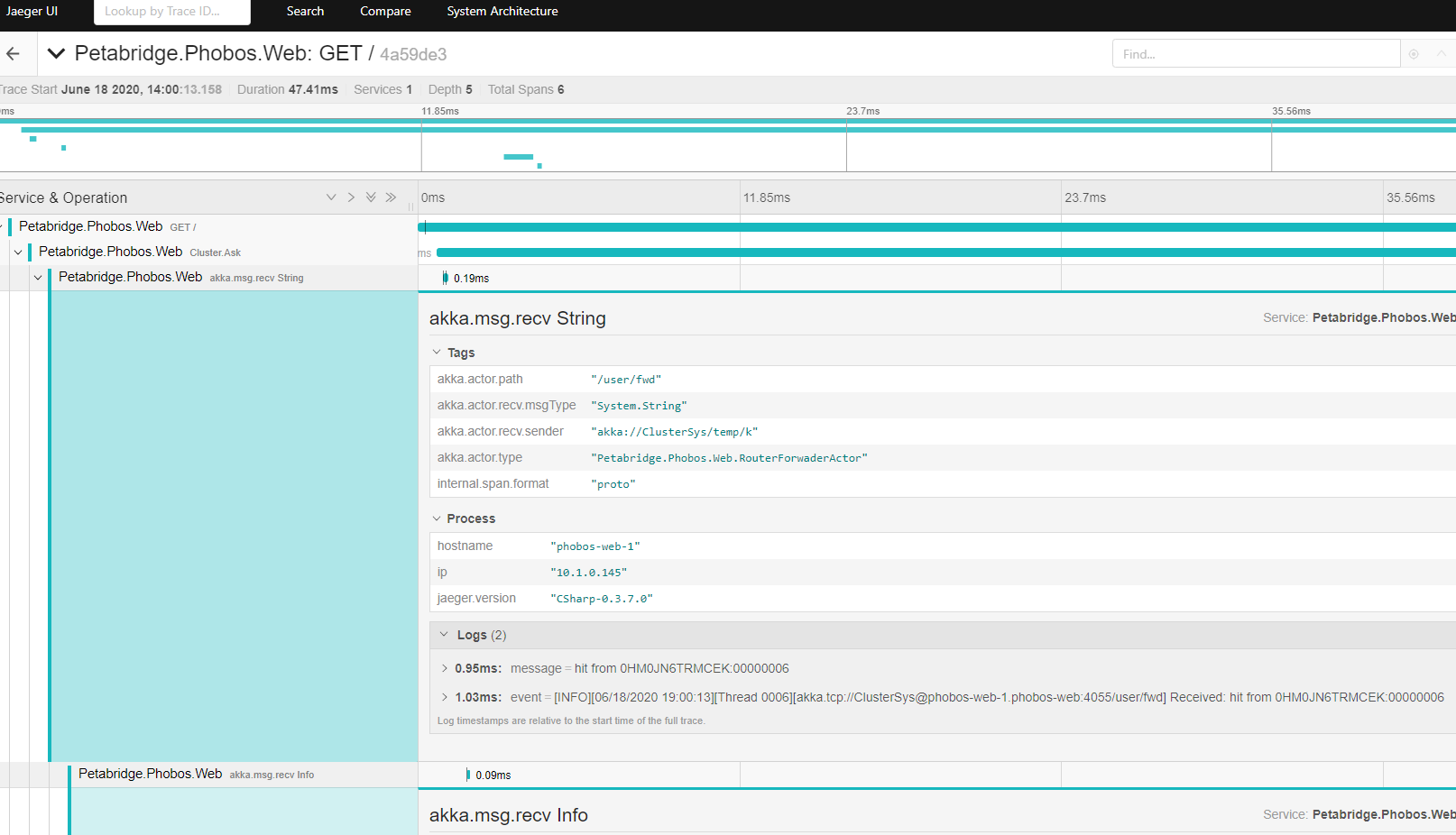 See a full-size version of this image

In this instance we're using Jaeger, one of the many tools Phobos supports, to capture our tracing data - but the data will be the more or less the same no matter which tracing or monitoring back-end you use.

All actor trace data includes the following pieces of information:

The combination of these two events (both part of the same TelemetrySpan / Activity) will measure the total end-to-end processing time per each traced message.

If this is too noisy for large volume applications, you can disable this feature via phobos.tracing.log-message-events = off for individual actors or for the entire ActorSystem. This can also be accomplished using the Props.WithInstrumentation extension method instead of HOCON. See "Phobos Configuration."

Other Actor Events Captured During Tracing

We capture a number of other events during tracing too:

Tracing Over the Network

Phobos.Tracing automatically registers a serializer behind the scenes that makes it possible to preserve SpanContext over Akka.Remote and Akka.Cluster connections transparently.

In a system like Jaeger, you'll see different nodes of the same service name but with different hostnames communicating when they're exchanging messages over the cluster.

It's quite easy to take this data and construct it into a Grafana-friendly dashboard, like the one below: 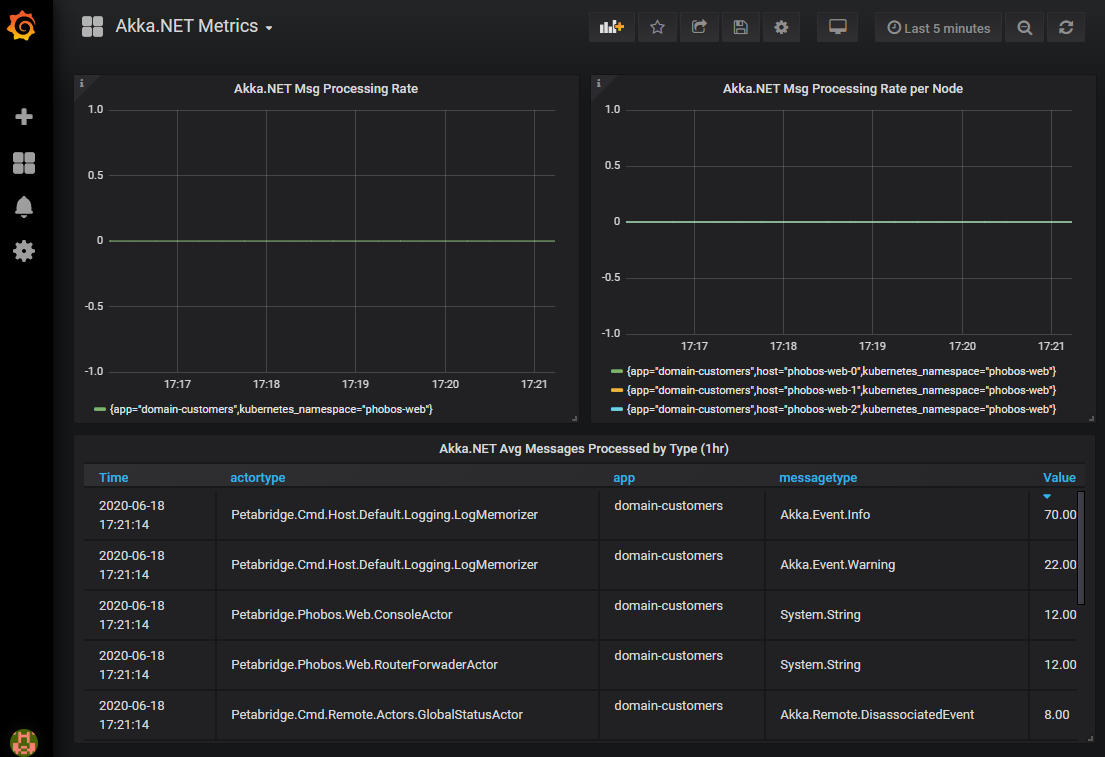 See a full-size version of this image

We have an entire area of the Phobos website dedicated to sharing free, ready-to-use dashboards that will visualize all of these metrics for you. You can use Grafana with Prometheus, Grafana with InfluxDb, DataDog, and more! Check out our Phobos dashboards.

In order to use akka.actor.live you will need to set akka.actor.telemetry.enabled = on (it's off by default.)

If you use Phobos.Hosting to configure Phobos, this setting will be automatically enabled for you.

Phobos also collects data about the members of the Akka.NET cluster: